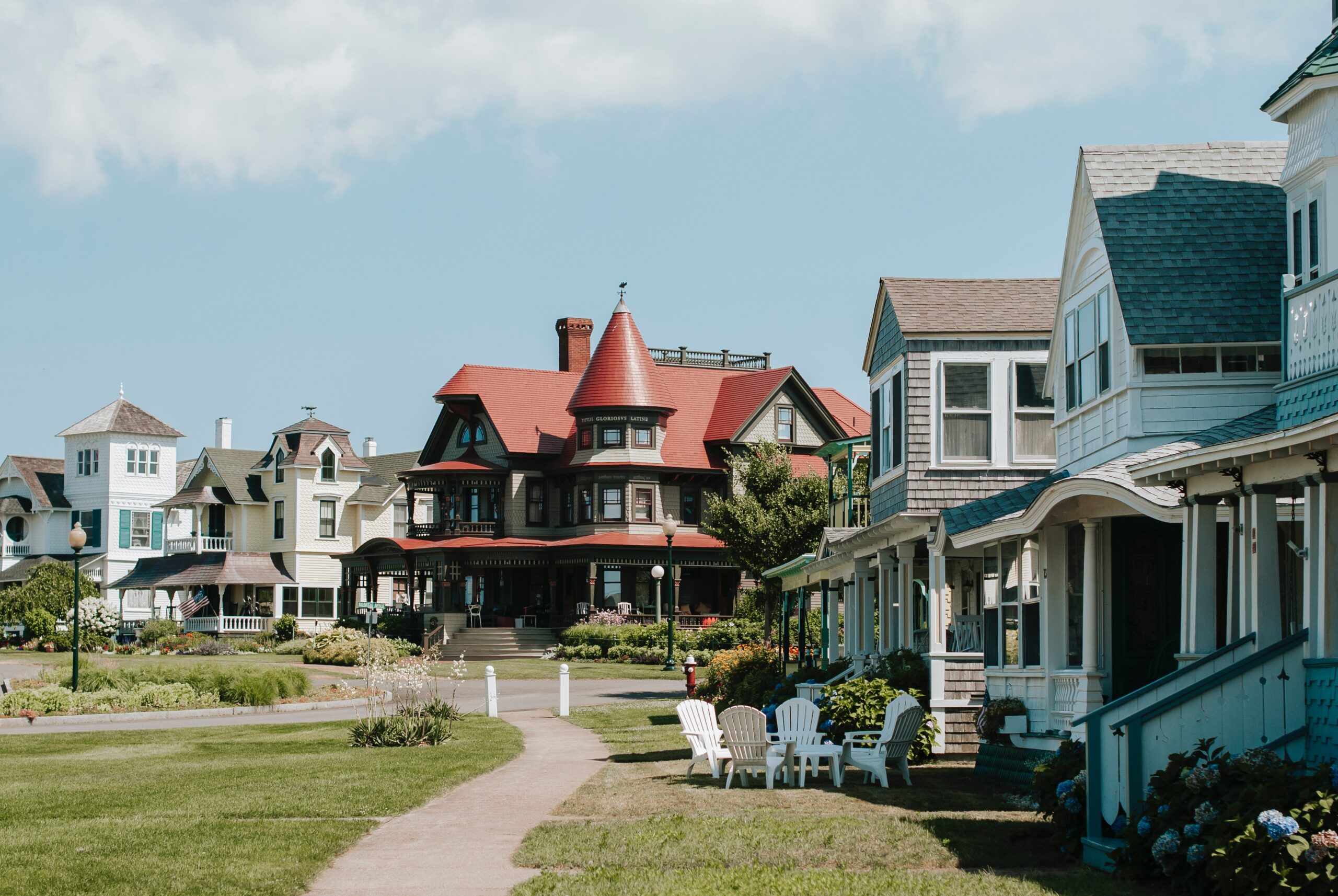 Massachusetts is the historian’s state, where every nook and cranny has a story to tell.

Its roots began growing surly and gnarled in 1620 when Plymouth Colony began. Its people were brave and determined, which would become the common virtue of those that would, in time, form the fabric of America.

Massachusetts is where it all started.

I’ve spent quite some time in this beautiful state, and have thoroughly enjoyed the history, architecture and the beauty that make it unique.

So, come investigate with me and find out what makes this part of the country so special.

Read on for a roundup for the top interesting and beautiful places in Massachusetts you must visit at least once.

Gosh, I love this city. It has personality and then some. To walk the streets and see where our fore-fathers met and formed what would become our country while chomping down on a lobster roll is something only of the divine.

Well… I’m a history nerd and cities like this are made for the person that can’t wait to read a headstone or gaze at a monument. We’re a rare breed and places like Boston make us tick.

So walk down the Freedom Trail and learn how our country was born. Stroll the Granary Burial Ground. Stand right in the middle of where the Boston Massacre occurred, and at the end of the day, go see a Red Sox baseball game.

This is one seriously incredible city, and a worthy pick to kickstart our roundup of the top places to visit in Massachusetts.

America’s favorite place to vacation boasts an impressive 40 miles of beach to bathe on, walk on or just catch an amazing sunrise before a fun-filled day.

Cape Cod is a top destination for New Englanders and people all over the world, with plenty of options for every kind of traveler.

For instance, you can get out in nature in this great Massachusetts vacation spot and join a whale watching tour. See the largest and gentlest beasts on earth breech and lurch as they follow you on your voyage.

Or, if you want to stay port-side, walk, bike or horseback ride the 25 mile Cape Cod Rail Trail to see a diverse marine ecosystem. Along the way you can stop at the beach or have a picnic by one of the many ponds.

And if you like seafood, you are definitely in the right place. There’s anything from cute little clam shacks to fine dining.

From lobster rolls, to oysters, to scallops, Cape Cod knows their seafood and how to prepare it. For casual dining, try the Chatham Pier Fish Market. If you’re wanting candlelight and white tablecloths, The Impudent Oyster will please your palate.

Cape Cod is truly wonderful, and a place everyone should enjoy at least once.

The sandy beaches and the beautiful architecture that the historic homes exude along with the carefree feeling of summer is what everyone wants on their summer vacation.

Start at the Aquinnah Cliffs and see what glaciers carved millions of years ago. The vistas are fantastic from here and you might see a whale breach or spout water from her blow hole if you are lucky.

And take time to check out one of the most intriguing architectural elements of the area. The Oak Bluffs and the gothic designed, multi-colored cottages will have you swooning. Stop by the museum and find out the history that further adds character and intrigue to the area.

This unique place to visit in Massachusetts will be one of your favorites. What was it like to live in a small town in New England in the 1830’s? Old Sturbridge Village will help answer this question as you stroll down the streets passing more than 40 original buildings and homes.

Costumed “townsfolk” will guide you through points such as the churches, homes, meetinghouses, shops and farms. See how people lived worked and played in the early nineteenth century as our nation was young.

Old Sturbridge is the largest outdoor history museum in the Northeast sprawling 200 acres. Come be part of the past as entertainment and learning awaits you.

You can’t go to Boston without going to a Red Sox game at Fenway Park, because this is one of the coolest places to visit in Massachusetts. Even if you aren’t into baseball, sitting in the stadium with the excitement in the air is worth it.

If you want to get the best seat in the house, try for a seat in the Grandstand on the third base side. You will be sheltered from sun and the potential for rain and the view of the field is the best in the park.

Taking the time to go to Fenway Park will tell you a lot about the culture of Boston and why fans are bananas for everything Red Sox!

Sitting in my 4th grade social studies class, I had visions of the events of The Boston Tea party as it was taught to me. I had thoughts of men that looked like George Washington throwing Lipton tea bags into the sea. However childish this was, I never thought I would get to visit a place that had so much significance to America and its becoming a nation.

The site of the Boston Tea Party is something that every American should see. The anger and passion that fueled the event is evident as you walk though the interactive exhibits. The Replica ships that are on site, “The Eleanor and “The Beaver”, are here to remind generations of what was fought for so that we can be free.

My favorite part of the exhibit was the chest that was on display that was a part of the tea party when it happened. I can only imagine what it looked like floating in the ocean as the colonists protested above.

Salem is a picturesque town on the coast of Massachusetts that has so much history. Some extraordinary and some damning. Regardless, it is a quaint New England town that has both fascinating architecture and character.

Perhaps most famously, the Salem Witch Trials were held here in 1692. Twenty-five people were sentenced to death after being accused and found guilty of being witches.

The horror of this event has somehow been transformed into an amazing Massachusetts tourist attraction. Salem is a fabulous town to visit any time of year, but especially at Halloween, when the entire town transforms into a Halloweeny carnival. This is a fun experience in itself, but to see the the burial graves of the accused witches and the ones who put them there is an experience.

I have been to Salem twice at Halloween. The first time I walked through The Burying Point, which is a graveyard that memorializes the 25 people that were accused of being witches. When I walked through the headstones, I took many pictures. After I left the cemetery, I looked back at the pictures on my phone and they were all blank. Now, that was a little freaky!

Although Salem is a must see in Massachusetts, it may give you the willies!

Harvard is the pinnacle for many hungry high school seniors in the nation. But, with an acceptance of 4% every year, Harvard University is out of most people’s league. That doesn’t stop students from trying though. This sentiment and the history that Harvard encapsulates is the reason why it is such a cool place to visit in Massachusetts.

Harvard is the oldest university in America having been founded in 1636. It is very prestigious with the likes of eight U.S. presidents that have graduated from its program.

Taking a Harvard Unitversity tour is definitely something to put on your list if you are visiting Massachusetts. One of the best tours you can take is with a student. Trust me, they know their stuff!

Start at the Cambridge Tourism Information Booth in Harvard Square with six of your friends and get an amazing two hour tour of the most famous school in the world. When the tour is over, you decide if the tour was worth payment. It’s not required, but I’m sure appreciated by a “starving student”.

One of the best things to see in Massachusetts is Plymouth Colony. Come see the beginnings of America and what it took for these settlers who braved the Mayflower to be successful and start what would someday be The United States of America.

There is so much to see at Plymouth, that you need a few days. You can start at Plimoth Patuxet Museums and see how the Puritans lived in the first colony. Then, take a tour of The Mayflower II and see what the Puritans experienced on the ten-week voyage to a new land.

There are also meeting houses, museums and homesteads that can be visited within the city that will continue to tell the story of America’s first European colony. Wind down the day and take a load off at the Mayflower Brewing Company to process the fun of exploring one of America’s most iconic places.

If you want to get a lot of bang for your buck (although the tour is free), one of the best places to visit in Massachusetts is the Freedom Trail. Come walk though history and see what led up to America becoming what it is today, “land of the free and the home of the brave.”

A great place to start is the Boston Common Visitor’s Center. Then, move on to points such as the Granary Burying Ground where you’ll find the graves of Paul Revere and John Hancock. Next, you can stop at features like the site of The Boston Massacre and Paul Revere’s House.

The Freedom Trail has seventeen stops that tell the early beginnings of America’s story. Take some time and this will become a great learning experience for you and your crew.

These two historic cities were an important part of the American Revolution. Not only do they have historic significance with the “shot heard round the world” that started the Revolution, but these two cities are packed with 17th and 18th century historic homes and monuments.

Lexington is an amazingly significant part of the war that displays many battlefields, and museums that depict the beginning of the war. Paul Revere’s famous ride to warn of the British had the destination of Lexington so that colonists could get a jump on the British invading the city.

Concord is no less significant in that the minutemen that were ready to fight at a moments notice for the colonies were able to hide a stockpile of munition so that the British would not seize control. This is where the colonists were able to stand their ground at The North Bridge where the first shot was fired, signaling the beginning of the Revolutionary War.

Did we miss any of your favorite places in Massachusetts?

Let us know and leave any comments if there are any more attractions or sites in Massachusetts that you would add to our list!