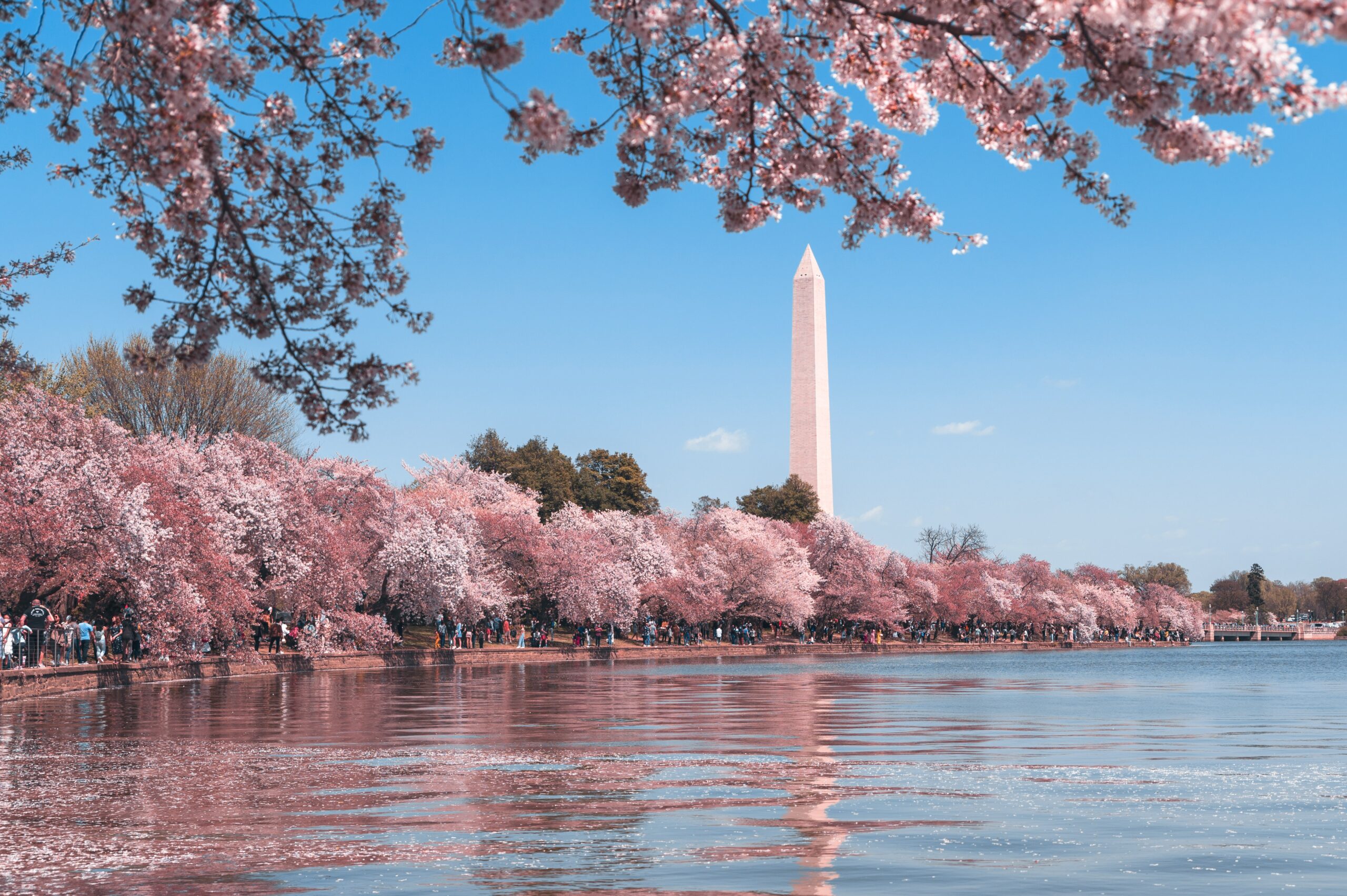 Washington D.C. is best known for its monuments and memorials, and probably the reason why you’re visiting in the first place right?

But aside from famous museums and government type attractions, D.C. has much more to offer, with plenty of art, culture and trendy neighborhoods for those who want to venture off the beaten path.

If you want to take a break from filling your cranium with American history, or you’re a returning tourist ready to see more of the non-traditional attractions D.C. has to offer, here are 11 beautiful and interesting places that you can visit when in wonderful Washington, D.C.!

Although not as famous as the more historic museums in Washington D.C., the International Spy Museum is well worth touring.

One reason to visit is the museum’s interactive exhibits. Visitors are assigned a mission to embody the mind of a spy and work undercover. I mean who doesn’t think being a spy would be awesome?

The museum also holds the largest collection of international espionage artifacts in the world, and you can read accounts from real life intelligence agents during your visit. It’s a neat experience to learn about the hidden world of espionage and the important role it plays in our history.

One of the more emotional and moving places to visit in Washington D.C. is the Holocaust Memorial Museum.

In this museum, you are given the identity of someone who lived through the Holocaust.

The exhibitions here take you through a tour of historical artifacts, video footage and personal accounts from the Holocaust. One of the more emotional areas of the museum is a room full of shoes which belonged to victims. It certainly is an eye opening experience, but a hard one to digest.

If you love history and art like I do, the National Gallery of Art is a must see attraction in Washington D.C., with over 14,000 paintings drawings, prints, and photographs.

Plus you don’t need a big budget to visit, because the museum is free!

Fun fact – The National Gallery of Art houses the only work of art by Leonardo da Vinci outside of Europe. After touring the galleries, relax next door in the sculpture garden. Grab a snack, light meal or a refreshment at the cafe.

Can’t get enough art? I suggest visiting the Culture House in the Navy Yard neighborhood of Washington D.C.

Built in 1886, it’s a former church building with a bright painted exterior.

The church originally belonged to the Friendship Baptist Congregation. Now it serves as a venue space for weddings, community arts, and various events. The gallery is always changing exhibits featuring contemporary and street art, sometimes with live performers and music!

The Navy Yard is cool neighborhood to visit in Washington D.C.

There’s no shortage of things to do here with pro baseball nearby, waterfront restaurants, and tasty spots for food and drinks. Grab a cocktail at Blue Jacket, brunch at Mission (the breakfast quesadilla is amazing), or explore one of the nearby parks!

If you’re still amused by museums, there’s one in the Navy Yard appropriately titled the National Museum of the United States Navy!

As a military base, it deters people from realizing it actually is a tourist site.

The National Museum of the United States Navy is free and open to the general public. You can partake in interactive exhibits and stroll through artifacts including relics from WWII and The Cold War. Touring this museum will definitely give you a new appreciation for the United States Navy.

The Big Chair is one of the more whimsical and off-the-wall tourists attractions in Washington D.C. It is a 19.5 ft chair that sits at the corner of Martin Luther King Avenue and V Street SE.

In 1959, the Big Chair was created as an advertisement for a furniture company. At one time, it was the largest chair in America.

The chair that stands today is a replica of the old chair that started deteriorating. While it may not stand or uh sit rather, as a famous memorial or monument, it has become a historic landmark in Washington D.C.

I personally always add bookstores and libraries to my travel itinerary. There’s just something timeless about them that I love.

The Library of Congress is a place in Washington D.C. that book lovers will love to check out (no pun intended). It’s the largest library in the world and the oldest federal cultural institution in the United States, with over a million books, recordings, manuscripts, photographs, and newspapers.

NOTE: If you don’t opt for a guided tour, at least come see the Thomas Jefferson Building. The elaborate architecture alone is stunning and truly a work of art in itself!

If you worked up an appetite touring the city, the District Wharf is a vibrant waterfront neighborhood with many eateries, bars and entertainment.

It’s a fun place to go in Washington D.C. and easy to grab a quick bite from seafood to sweet treats and coffee – I recommend District Donuts for the latter.

Have a drink at one of the restaurants and watch the sunset over the Potomac River. Play oversized games like Connect Four, Scrabble or Jenga. There’s always events happening year round at the wharf whether it’s live music in the summer or roasting marshmallows in the winter at Camp Wharf.

When friends come to visit I love bringing them to Georgetown. It is one of D.C.’s older neighborhoods.

At night you can find many bars and taverns with live music. One of my favorites is Georgetown Piano Bar. It’s a good time with a lively atmosphere!

PRO TIP: Be sure to get a cupcake at the famous Georgetown Cupcakes. The red velvet is my favorite!

National Capital Columns at the Arboretum

One of the more unusual landmarks and sites to see in Washington, D.C. are the National Capital Columns located at the National Arboretum.

These 22 columns were part of the former State Capital Building from 1828 to 1958, serving as a backdrop for 24 former Presidential inaugurations.

When new pillars replaced the old columns to better support the renovated dome structure, the old columns were moved to a meadow where today they hold up nothing except a piece of inaugural history.

It never ceases to amaze me that huge dinosaurs used to roam the Earth millions of years ago, and if you think the same, then here’s a cool fact: Washington D.C is home to its very own dinosaur named Capitalsaurus.

In the late 1800’s, construction workers were digging a sewer trench on the street corner of First and F Streets S.E. when they found a giant fossil of a vertebrae and other bone fragments.

The fossil is believed to be an ancestor of the Tyrannosaurs Rex. While the fossil is not actually on display anywhere, the “Capitalsaurus Court” street sign marks the exhibition site where it was found.

How’s that for a pretty cool “piece” of history?

Did we forget any of your favorite places in Washington D.C.?

Let us know and leave any comments if there are more places in Washington D.C. that you would add to our list!